A quick riddle. Who has four sets with 32 hi-res photos and four poses in each? The answer is, well, it certainly applies to many of our models, but this time I’m talking about Leland.

Let’s start with Leland’s oldest set, which is still relatively new (released in May 2019). I like the two dynamic poses. One of them could use some weapon, such as a sword or spear. The other you could translate as “Is it a bird? Is it a plane? No, it’s Superman.”

For the last one, I’ve featured a calm, meditative kneel. Just dress him as a samurai (without the armor).

I admit, this set is rather passive, but not every time you need action for a drawing. Now, I want to point out the second image I’ve featured. Leland would do a great job as a mime.

The most recent Leland’s set is in a sit, and it can get emotional. Especially the second image. Look how sad he is, compared to the bored one.

And one free set, because why not?

Honestly, I don’t know why it’s free since it has terrific poses. The first reminds me of several things, like the Greek Titan – Atlas. Or it could easily be transformed into so-called superhero landing. Second is probably some stretch, but it could say: “Praise the Sun,” as well.

Of course, there are two more poses. Check them out, it’s free, after all. 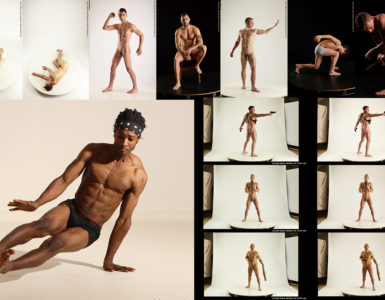 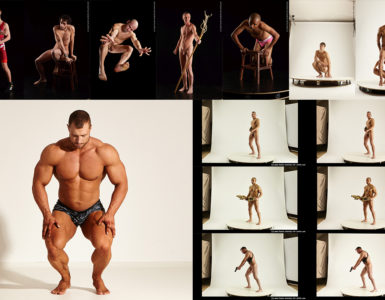 The times are rough, there’s no arguing about it. We’re dealing with something more-or-less new for the humankind. Especially when considering our “great” memory and will to learn our lesson. The... 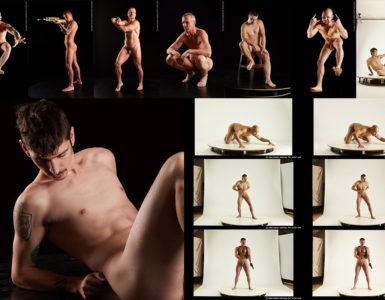 Alright, this one’s a little bit late, and it’s only understandable with the $#!* going on all around the world. And the corona did a pretty awful job, as well. However, we’re going nowhere...